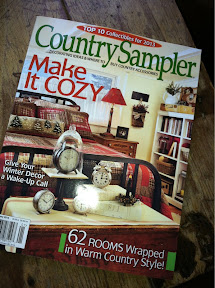 This is January's Country Sampler magazine on the news stand now and my friends house is in it!! On page 46, you will find a great article and pictures of Lori and Michael Corelis' home!! A beautiful gathering of antiques and folk art that is a feast for the eyes!!

It's exciting to see the home of someone I know in print! And Lori is the reason that our home will be in sometime next year! When the photographers asked if she knew of anyone who might have a home that fits their theme, she kindly suggested ours! So thank you, dear Lori, for giving us our 15 minutes of fame, too!!

If you have a chance, pick up a copy of the January issue, grab a cup of coffee and enjoy!!


Posted using BlogPress from my iPhone 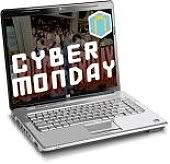 Tomorrow's the day, and I'm jumping on the bandwagon!  Go to my website and check out the Pattern page ~ all patterns will be 25% off,  Monday only!!! I even included a few of my own ~ I usually just draw patterns for classes ~ I don't even think of offering them for sale ~ but now I am!  So, find the ones you'd like to add to your pattern stash and email me at gfraizer@neo.rr.com ~ and we'll make payment arrangements (with shipping added) and they'll be on your doorstep this week!!!  Thanks for stopping by!
Alice 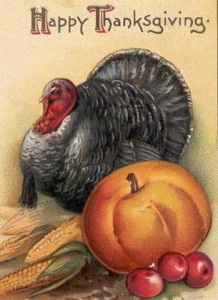 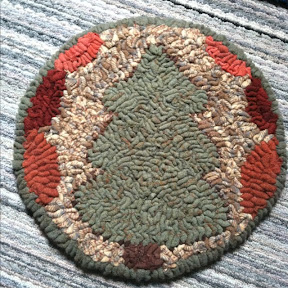 Thursday, two hooker friends came to take a class on hooking this chair pad with 1" handtorn strips of wool. We had so much fun that I forgot to take pictures! Susan's was more subtle and Joan's was very dramatic in color. They are sending pix of the finished pieces and I will show you then! If you would like the 14" round pattern or want to come for a class, email or call me! The pattern is $24 on linen. The girls really loved how fast this goes and I think we'll be doing more of it! 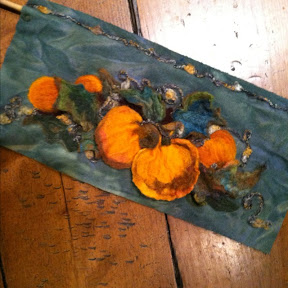 Another friend, marge, came with them ~ but Marge is not a hooker! She's a painter and a needlefelter. She brought this for show and tell and now it belongs to me ~ woo hoo! I love pumpkins and this is really a great piece. Marge and I both grew up in Homerville in Medina county and have done shows together for many years. So we all had lots to talk about and the day went fast. She paints very small paintings and through the years, I've bought many ~ Marge was thrilled to walk around and see so much of her art work hanging on our walls!! 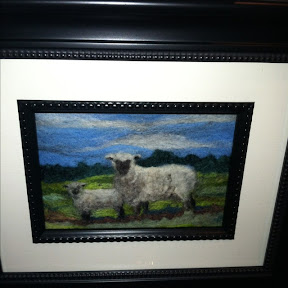 This is the first of her felting pieces that I bought ~ click on it to see how beautiful it is!

Thanks for dropping by!!
Alice
Posted by Alice ~ Folk Art Primitives at 12:37 AM 7 comments: 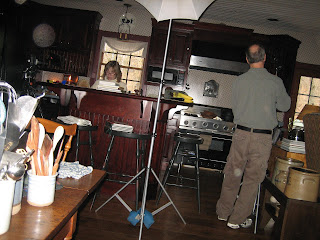 You haven't heard from me for a while!  This is one reason why!  Gloria and Bill ~ stylist and photographer from Country Sampler magazine came last Monday to take pictures of our house! 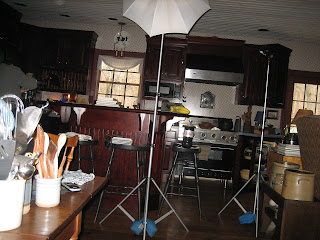 The process was quite interesting!  Gloria and Bill drove from Kansas City to shoot our house and friends, Pat and Chuck Knapp's house, as well!  Then on to South Carolina ~ such an unusual and fun career! 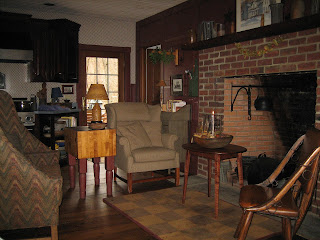 Last week, my friend/cleaning lady came and we worked and worked to make sure everything was ship shape!  And it's a good thing!  My fear was that they would move things around and there would be a big pile of dirt and dust underneath!  Well, move things they did ~ but no dirt and dust!!  This was the keeping room rearranged to give them their best shot!  Sonny joined us for lunch and a good thing he did!  They wanted a fire in the fireplace ~ and I don't do fires! 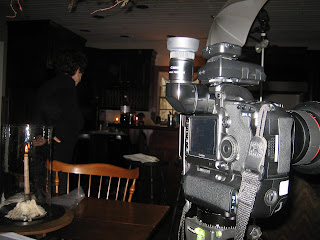 This looks like a robot but it was only one of their pieces of equipment!  When they started bringing in their bags, I thought maybe they came to stay for a week!  But, they only stayed the day ~ from 8:30 a.m. to 5 p.m.!  Who would know it would take that long ~ there's a lot more to taking a photograph than we think!

It will be fun to see how it all turns out!  We've been talking with them since March ~ it took a long time to come to fruition.  They were very nice and although it was a long, tiring day ~ we enjoyed every minute of it!!  I'll be sure to tell you when it's going to be on the newsstand ~ it will be a long while for sure!

Alice
Posted by Alice ~ Folk Art Primitives at 8:01 AM 14 comments: